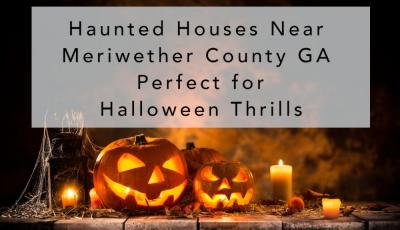 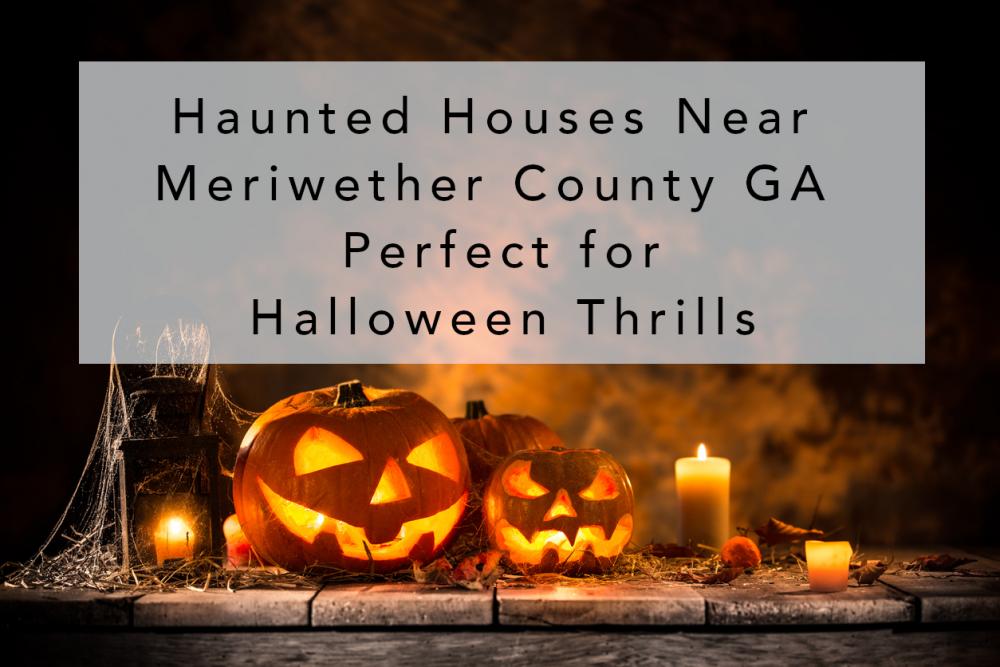 With Halloween approaching, it’s time to get our creep on! If you just purchased land for your new home in or around Meriwether County, GA, we can give you an idea of the best places to find some scares – whether manufactured in a haunted house, or the real kind of historical haunts.

For something a little different, you can bring your family to this haunted theater. Take the tour through this full-length, creepy old 20thCentury art deco theater that was once the Old Royal Theater of Hogansville. Or, for those who aren’t afraid of what – or who – they might encounter, explore the haunted tunnels on your own… if you dare. (Parents of kids under age 6 are strongly cautioned.) Be sure to check in to see which 4 October dates the theater will be open.

October is a wonderful time to be outdoors, unless you find yourself on the Vertigo Haunted Trail without meaning to be. If you do happen upon the trail, be ready to experience 4 main attractions across several acres. (We’re just teasing – if you are on Horror Hill, you will know it.) You can choose the kind of scare you want – from the mazes, tunnels, trap doors, etc. of one of the longest haunted trails around to the completely frightening overnight camping experience. The actors, music, and choreography are new every year, so even if you have tried it before, you’re going to want to keep coming back each year. Bring the family, but be ready for anything to jump out at you!

Only 15 miles out of Meriwether County, you will come across this abandoned bed and breakfast inn, that is now apparently inhabited by the now deceased original owner, also a ghost named Mary, and even a spectral feline. All are reported to be friendly, though not fond of electricity, so watch out for your lighting devices!

Traveling 21 miles outside of Meriwether County, near Starr’s Mill, you will find the site of an old execution site. The legend says that many years ago, a hanging was about to take place when the accused man broke loose and instead hanged Old Man Padgett, the owner of the mill. Padgett’s ghost wanders the area in search of the man who murdered him.

About 30 miles or so from Meriwether County, you will come across this house – inhabited by the ghost of John Manson “Manny” Dorsey, who was the flag bearer for the first company that left Fayette County during the Civil War.

And if you are willing to head about 40 miles out of Meriwether County, you will find this old Civil War hospital. Stripped off plaster reveals the signature of men who were rehabbing in the house. The ghost of at least one of those men is said to remain in the house, and can be seen standing in the windows at night.